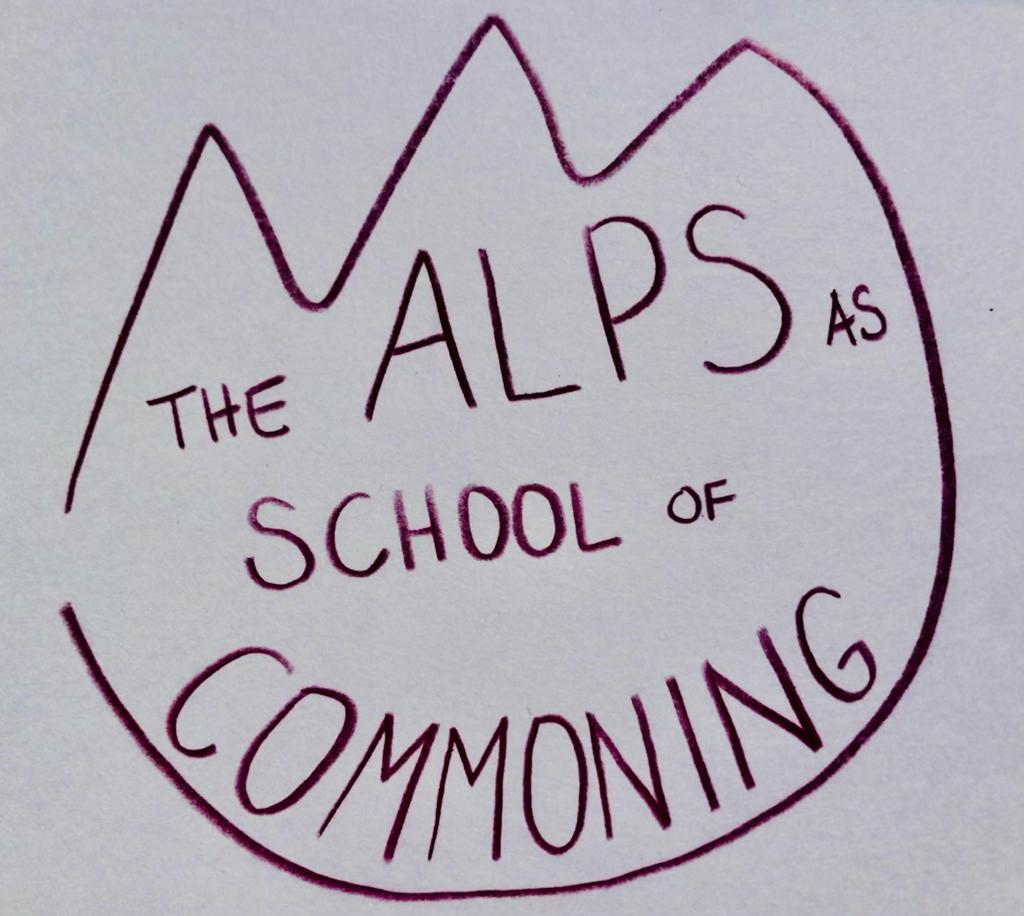 We proposes to conceive of the Alps as a school of commoning, i.e. as a school where to learn how to care together for equitable and regenerative livelihoods for humans as well as for earth others. This proposal is based on several facts:

a) The Alps are Europe’s second largest biodiversity reservoir and are a space where over 14 million humans live embedded in miraculous ecologies of relations between over 30,000 animal and 13,000 plant species. To the Alpine Community Economies Lab the Alps constitute a space for experimenting with theories and practices of being that undo the separation between humans and all other living beings, with theories that decenter humans as the pinnacle of evolution and that put in place practices of enlivenment.

b) Humans in the Alps can draw on a long history of collective organizing and care for livelihoods. This is because on the one hand, to survive in harsh climatic and geographical conditions collaboration was a necessary element for sustaining life. On the other hand, the sovereigns governing mountain regions chose to give the people living their rights of self-governance that were unheard of in the plains, such as access to collective land and the right to hold their own courts. These rights were meant as an incentive to live in alpine areas: less control from above in return for harder climatic living conditions. Today, these cultural and legal inheritance can create a fertile ground within Europe on which to experiment with approaches to the world that are nourished by feminists and decolonial quests for equity and justice.

c) In the Alps we can draw on historical traces (such as alpine pastures, terraced landscapes, irrigation systems) as well as on contemporary continuations of historical practices (such as transhumance, sharing for pastures, community-led forest management) that can help us to reflect on what kind of commoning practices are appropriate for carrying us through and beyond the 21st century.

d) In the Alps we can already today draw on a multitude of established and emerging commoning practices that develop timely regenerative approaches to areas such as education, tourism, energy production, agriculture, housing.

The Alps as a School of Commoning have much to teach to their alpine inhabitants across eight nation states, 48 regions and over a hundred millions of visitors a year from across the world. Moreover, in connection with other commoners and mountain inhabitants across the planet, the Alps as a School of commoning can be an inspiring arena for creating embodied visionary fictions about ways of living that caring and joyfully engage with the interdependencies that are the preconditions for live on earth.